How to Revive Ducklings

At this time of the year we are waiting for the happy quacking of little beaks that will tell us what sex our young ducklings are – the ducks quack and the drakes have a sort of a whistling sound. Earlier on this year we had the maladjusted mother which is so sad. An Abacot Ranger, she sat for her full time patiently but she simply turned out to have no mothering instinct at all. Our first alert to this was when we were up exceptionally early as I was going off to help out at the Suffolk Donkey Day which is in aid of The Donkey Sanctuary. Mick went outside before me and came back upstairs clutching two bedraggled, wet, very cold and not moving ducklings. The duck had dumped them across the pen near the door on hatching.

I did what I always do, I put them on my chest above my heart with my hand cupped over them between my ample bosom. It is my theory that the heart beat will encourage young things to live.

They were very cold and I have to say rather slimy and covered in shavings. Within a few minutes I could feel one of them moving and by the time Mick had returned after feeding the other animals, one was making a noise and the other was trying to get its head up. As we had to go out for the day, we loaded them into a cat basket with hot water bottles and set off the fifty miles to Suffolk.

It was amazing how they came round during the day and by the evening were noisy and eating and drinking enthusiastically. We had taken time during the day to encourage them to eat and drink.

The next morning I set off for my week’s training at Sidmouth in Devon and on returning from taking me to the railway station, just about to go to work and there were more duckings dumped by the door. So he had to revive them (this time in the airing cupboard) and continue with the getting them to eat and drink and then introduce them to the first two. So we now have five strong Abacot Ranger ducklings starting to get proper feathers and a very confused duck who looked for her ducklings for ages but ignored these in their pen completely. We’ve had not very good mothers but they often get the idea with help but this poor duck is clueless. I wonder what has caused her to behave in this way and if she will repeat the behaviour next year. 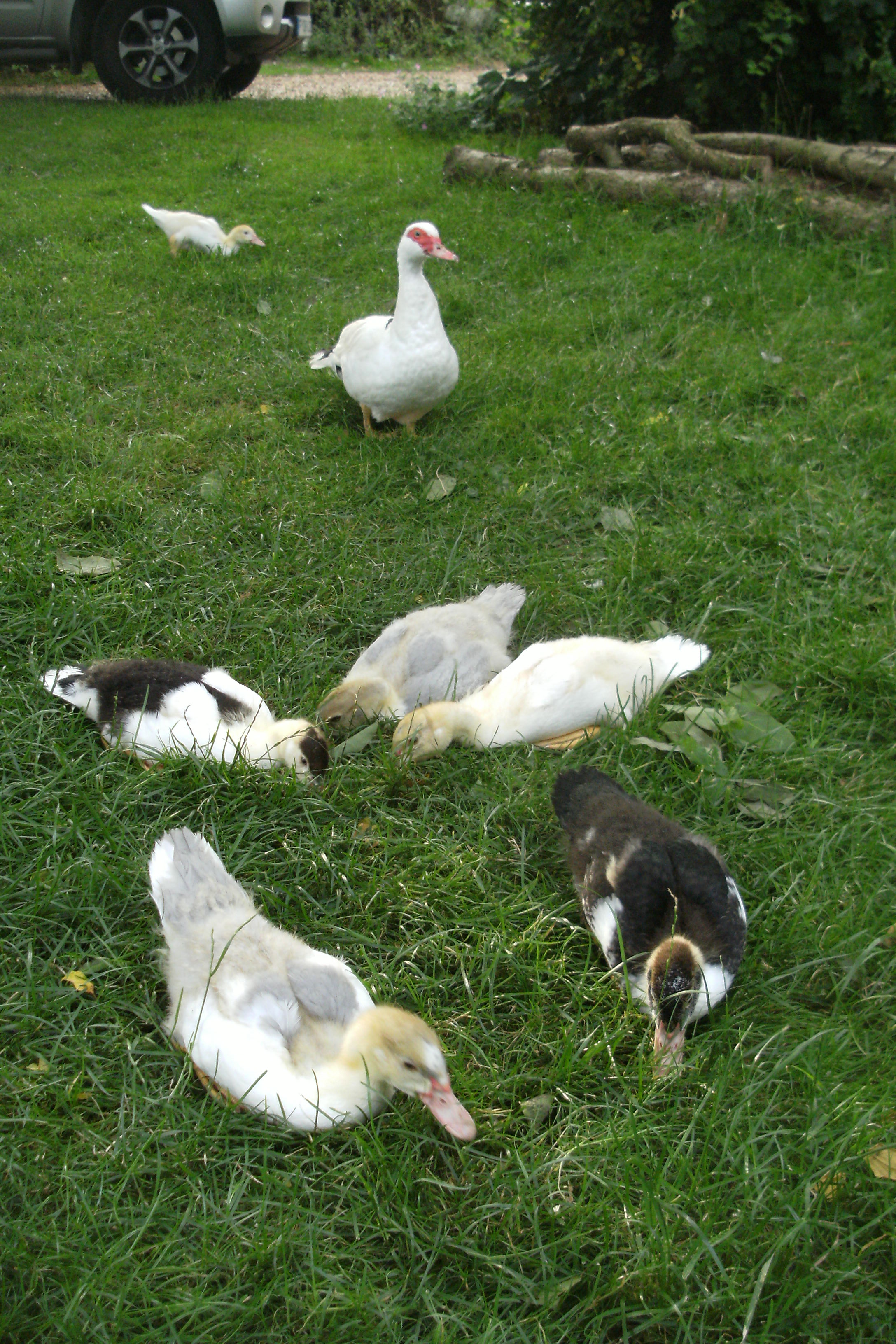 « New Walk in Chicken Runs now in stock!
Free Delivery on Everything Today! »

One reply on “How to Revive Ducklings”

Thank you for saving the ducklings. I rescued two Muscovy Ducklings when their mother abandoned them. My wife saw them following random people and when they saw my wife they followed her my wife waited to see if the mother would return and she did not. There were many Muscovy female ducks around but they just ignored the ducklings. After waiting 3 hours, my wife decided to rescue them. The two ducklings are now 7 months old and they live with us. They swim in our inground pool and we built them their own house with a/c next to our swimming pool. My wife spoils them.