What’s The Difference Between a Hamster and a Guinea Pig? 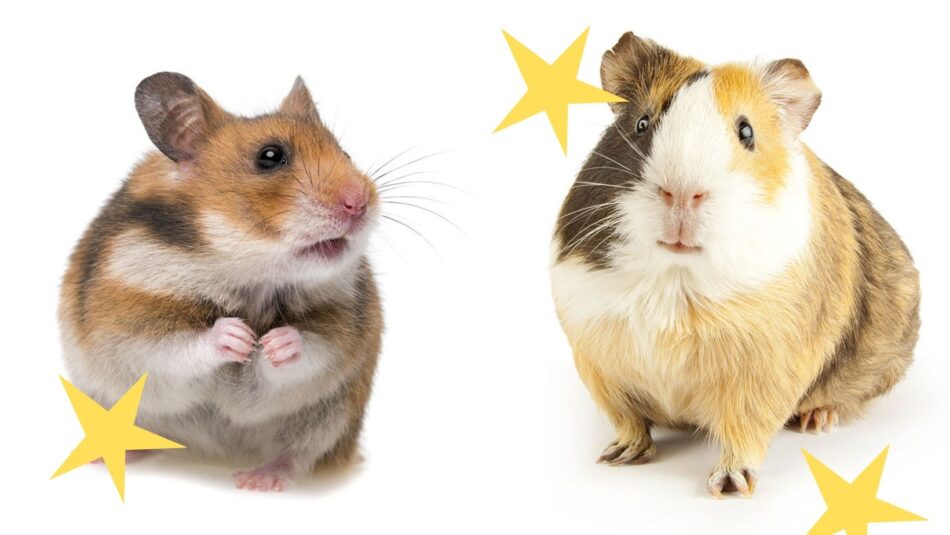 Hamsters and guinea pigs are relatively low maintenance pets that make a great choice for new pet owners. The two animals have several fundamental differences, though. Knowing what these differences are will help you make the right choice when choosing your pet.

Wild hamsters live across large areas of Europe and Asia, notably in Syria, China and Russia, which are the ancestral homes of most hamsters kept today as pets. These little rodents prefer dry, warm climates.

Guinea pigs are native to the mountainous regions of South America – Colombia, Ecuador, Peru and Bolivia. However, they belong to the same broad family as hamsters – the rodents. This kinship is a bit misleading, though, as the animals have distinctly different needs and dietary requirements. 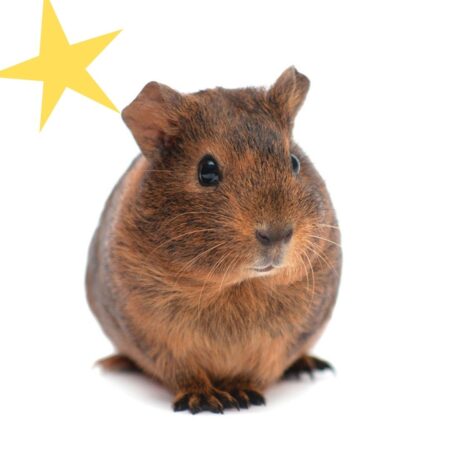 While these two critters do have things in common, their different habitats and ways of life mean that a hamster’s home setup is very different from that of a guinea pig.

One major thing that differentiates hamsters and guinea pigs is lifespan. Hamsters have shorter lifespans than guinea pigs, generally living for 2 to 4 years. This is because they are small and have metabolisms that work much faster than their guinea pig cousins. Guineas generally live from 5 to 8 years, with some individuals reaching 10 years.

While the size of the animal and its enclosure needs to be considered, these factors don’t have a huge impact on general pet care. The following differences are the ones that need to influence your decision.

The four main differences between hamsters and guinea pigs

This is possibly the biggest difference between the two species. Hamsters are generally nocturnal creatures, which means they prefer the nightlife. Many hamster owners will be able to tell you how their hamster starts running in its squeaky wheel at 1am!

Hamsters and guinea pigs have completely different social needs. In the wild, guinea pigs live in groups of three to ten individuals. They have evolved to be social animals and will soon become sad and stressed if they are denied this interaction. Lonely guinea pigs have even been known to die when left in isolation for too long.

For this reason, it is highly recommended that owners should keep at least two guinea pigs. Keeping just one can work as long as someone is willing and able to step in and do the socialising. Because of their need to be with other animals, guinea pigs will be much more willing than hamsters to spend time, play and interact with humans. This factor – and their handy habit of sleeping at night – can make them the superior choice for children who want to play with their pets.

Hamsters are loners. That, at least, is the case with the Syrian or Golden hamster, which is by far the most popular pet hamster species. While they can live with companions, the other hamster species are perfectly happy – and may in fact be even happier – living on their own. Many hamsters that are kept together can become aggressive towards one another, especially if two males are being kept in close quarters.

If looked after properly and hand-tamed from an early age, hamsters will form a bond with their owners and will be glad to spend time with them. An unsocialised hamster will often bite, though, and this is another offputting thing for children. 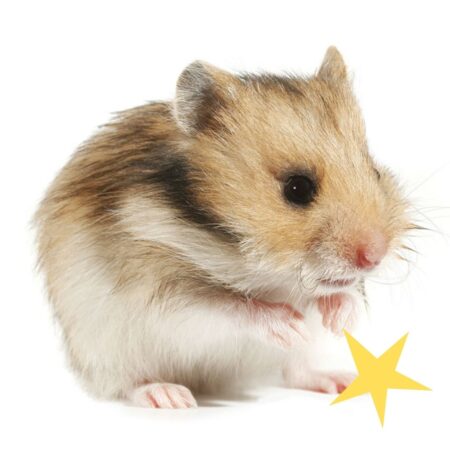 The dietary requirements of hamsters and guinea pigs are probably the most significant difference between the two species. Hamsters are omnivorous and will eat pretty much anything they can find. They famously store food in their cheeks for later, making their cute faces puff up, almost doubling the animal’s size.

The easiest option for feeding a hamster is to buy a pre-made food mix that has all the things they need, rather than sourcing your own insects and extra protein to supplement the plants and vegetables in their diets. You can feed your hamster fresh fruit and vegetables, as long as they are washed, and as long as they don’t completely replace the hamster mix. Grains and cereals make a good addition to their diets, too. Also, be sure to provide your hamster with something to chew on, such as a piece of wood or some straw, as this helps keep their teeth in check.

Unlike hamsters, guinea pigs are vegetarian. In the wild, they eat fruits, plant roots and – most importantly – lots of high-fibre grasses. As with hamsters, domestic guinea pigs should be fed a specially made food mix. However, these often have lots of carbohydrates and not enough fibre. For this reason, your guinea pigs will also need lots of fresh vegetables, fruits, grass and hay alongside their food mixes. Hay is crucial for keeping the guinea pigs’ teeth in check, and it also ensures a healthy balance in the stomach bacteria the animals need for digesting their food efficiently.

Hamsters are always kept indoors, as they need to be kept somewhere consistently warm. Being small creatures, they don’t need a huge amount of living space, and an enclosure such as the Qute can be incorporated into a room as an attractive part of the furniture as long as they are taken out of the cage for daily exercise and play.

Guinea pigs, in contrast, need a larger hutch and a run, as they are not only bigger than hamsters but need to be kept in groups. Some are kept indoors throughout the year, but if you have space for a guinea pig run in the garden, the animals will love it, and children will be able to interact with their pets in the most effective way.

The upshot here is that a hamster can be easily accommodated if you only have a small indoor space, but a guinea pig can’t.

Overall, both hamsters and guinea pigs make great pets, and both are low maintenance. The key differences between the two are size, lifespan and diet. When choosing which of these wonderful little animals to keep, it mainly boils down to personal preference. As long as you care for them properly, they will soon form a close bond with you.