Izy Hossack is a London based chef and baker, food stylist and food photographer, as well as author of the books Top with Cinnamon and The Savvy Cook. Izy has created two deliciously festive recipes for the Omlet Advent Calendar, you can find her Chocolate Gingerbread Bundt Cake here. 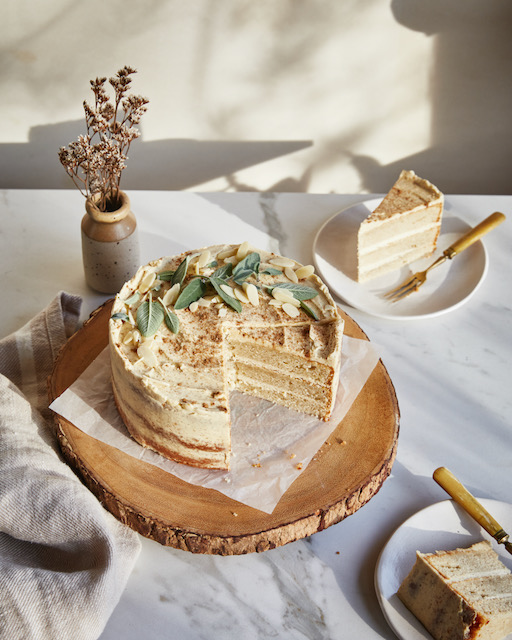 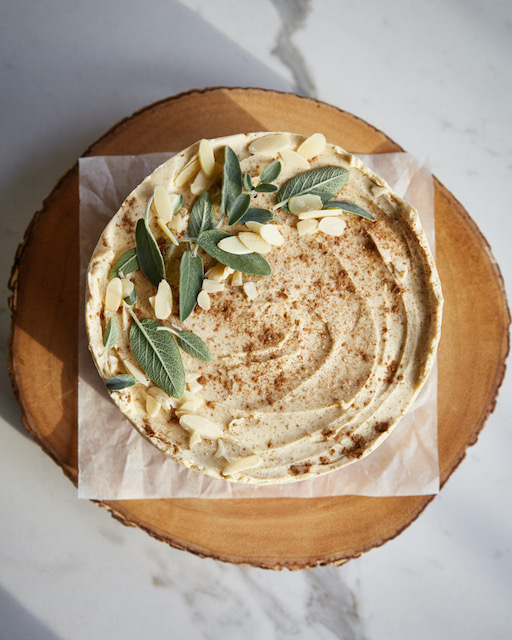 This layer cake is the perfect Christmassy bake to impress. Inspired by the flavours of eggnog, the cake and frosting are flavoured with vanilla, nutmeg, cinnamon and rum for a slightly boozy, warmly spiced dessert.

The frosting is an interesting one to try – if you usually find standard buttercream too sweet, you’ll love this version (and it doesn’t require icing sugar!). The base is a cooked custard, thickened with cornflour and egg until very viscous. This is then whisked into softened butter until fluffy and creamy. It can seem a bit dense if the butter or custard are too cold so you may need to add a splash of boiling water to help it fluff up properly. It’s definitely worth the extra effort over a standard buttercream as the texture is so smooth and light with the perfect level of sweetness.

For decoration, I like to keep the frosting simple with a thin layer around the outside and a slightly swoopy texture on top. For the toppings, I look for edible bits to give the cake a festive look; Woody herbs like rosemary, thyme or sage (as I’ve used here) are lovely as are chopped/flaked nuts. A sprinkle of cinnamon and nutmeg are a finishing touch and boost that eggnog flavour. 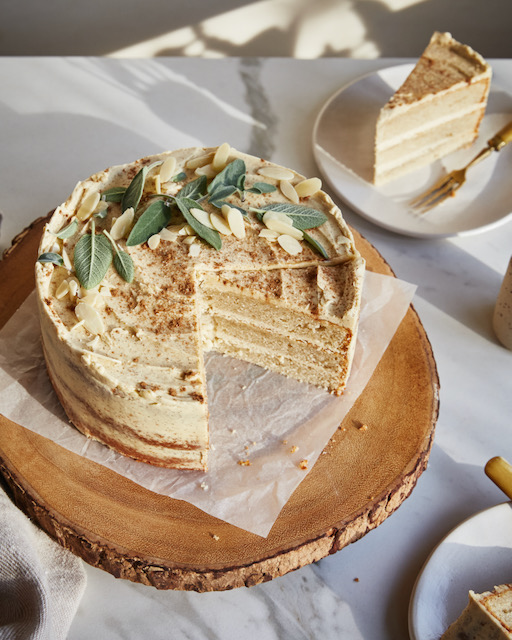 This entry was posted in Christmas