9 Things Humans Do That Annoy Our Dogs 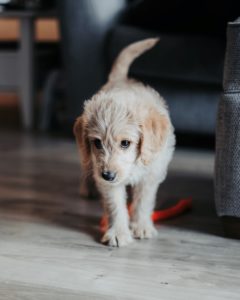 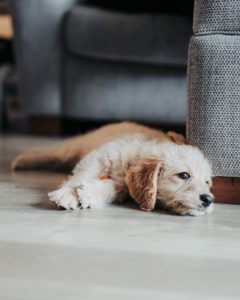 Dogs don’t know English, and they won’t understand syntax and grammar however much you try to teach them. As you can imagine, it will be extremely frustrating having a human shouting incomprehensible noises at you.

Dogs like learning spoken commands and connecting them to actions, but won’t be able to understand anything longer than a short sentence, and will be very confused when you start using new ways of telling them to do things. If you’ve taught them the command “Drop” to get them to give you a stick or a toy, then “Leave” or “Let go” or “Give me that, you silly sausage!” won’t be of much use.

2. We let other people into our territory

Humans think it’s normal to go to other people’s houses, and to let individuals from outside the pack come into your and your dog’s territory. This will annoy some dogs immensely, and can actually make them really stressed, so don’t be surprised if they treat visitors with suspicion.

If you want to invite other dogs into your house, it might be a good idea to let the dogs meet on a walk beforehand, on neutral grounds. Most dogs will be absolutely fine with sharing their space, but it’s always best to minimise the risk of arguments.

We think that eye contact is something beautiful that is needed for bonding, and with both our own dogs and new ones we meet we tend to look into their eyes as we’re saying hello. Most dogs don’t appreciate this. While loving gazes between you and your pup is often accepted, being stared down by a stranger can be extremely stressful for a dog. They see the focused stare as a challenge, and might consider you a threat, so try to avoid eye contact with dogs you don’t know.

This is a slightly contentious topic, but many people mean that while dogs accept our hugs, they don’t like them. It depends on the dog, but some feel very nervous and stressed when we interfere with their personal space, and placing your arms around a strange dog’s neck can be seen as a threat.

Most dogs like snuggling, and nearly all love scratching, so if you want to be sure you can show your affection with a belly rub and shared sofa rather than constraining your pup with your weird human arms.

5. We don’t let them sniff on walks

For dogs, walks are not just about exercise. While we humans can stop to enjoy beautiful scenery, dogs explore the world much less visually, and prefer to snuffle around for interesting smells. This also provides them with great mental stimulation that will tire them out just as much as the actual walking, so try to be patient with your dog and let him or her stop, sniff and mark as much as they like on a walk.

6. We change our shape and smell

Dogs change their coat roughly once a year, whereas humans change clothes every day, use different hand soaps, spray themselves with perfume and use cleaning products in their homes. Dogs might get to grips with this unusual behaviour after a while, but they will definitely not see the point, as they would probably prefer it if we never washed and walked around in the same clothes all the time.

Dogs get very confused with inconsistency. They don’t understand “just this once” or “only when mummy is on a work trip”, but will much prefer to for example always be off the bed rather than having to constantly try to interpret your varying signals.

8. We leave them alone

To dogs, some of the strongest pack animals around, leaving the group seems absolutely pointless and stupid. That’s why they can get confused and annoyed when we leave them alone to go to work or to the cinema.

Train your dog to be by themselves from an early age to avoid bad separation anxiety, and try to never leave an adult dog alone for longer than four hours a day.

9. We get frustrated when they’re being dogs

To dogs, sniffing, barking, digging and scavenging for scraps are all natural behaviours, and they can get very annoyed if you get upset with them for doing what comes natural to them. This doesn’t mean that they should be allowed to do exactly what they want all the time. Try to redirect and encourage desirable behaviour, but it’s also worth remembering that dogs are dogs, and that’s part of why we love them so much.

« Why Are Some People Allergic To Cats?
Chicken Sounds and What They Mean »