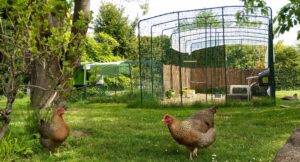 « 9 Things Humans Do That Annoy Our Dogs
What Is FIV and How Does It Affect My Cat? »