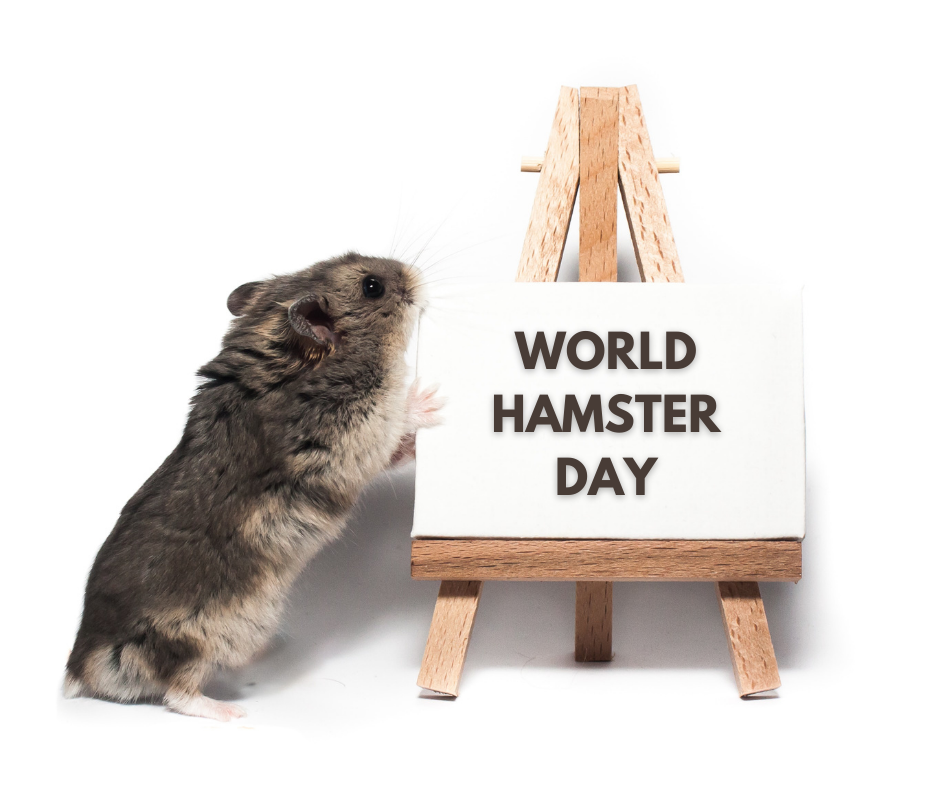 With World Hamster Day looming on 12 April, what better time to celebrate these furry favourites? There are many reasons why so many people decide to get a hamster. Here are 10 of them: 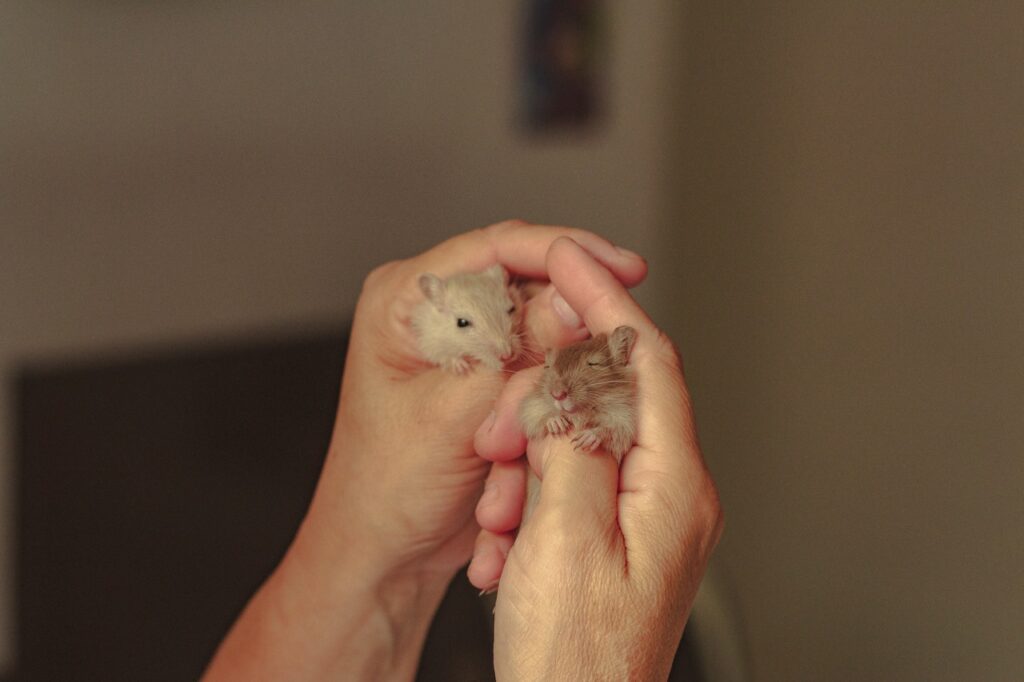 Golden hamsters, once they have been successfully hand-tamed, form strong bonds with their owners. Although they don’t enjoy the company of other hamsters, they rely on their owners for company and interaction. Chinese hamsters can become very fond of their owners too, although they can also thrive in groups (unlike the Golden). The relatively large size of the Golden hamster makes it easier to handle than the smaller breeds, too.

2. Hamsters are easy to look after

A pet hamster pretty much looks after itself during its nocturnal adventures, and in terms of equipment, all it needs is a suitable cage with a few toys.

3. Feeding hamsters is not expensive 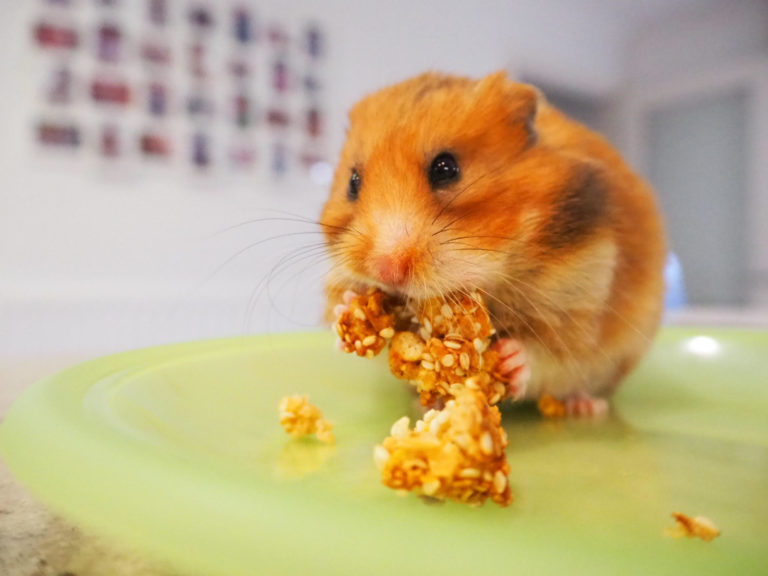 The hamster simply hoards the food in its favourite corner and doesn’t actually eat very much on any given day. Your bag of dried food will last several; weeks, especially when supplemented with a few slices of fresh fruit and veg. 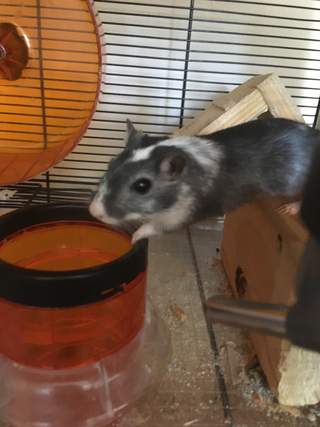 These little rodents are generally healthy during their short lives, as long as they are kept in a suitable cage and fed a nutritious diet. The biggest hazard they face is sustaining injuries through falling, so they need to be handled with care. 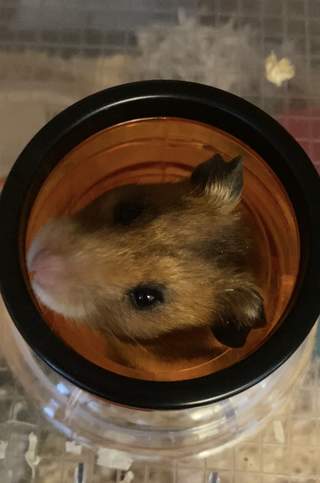 Endlessly inquisitive, hamsters love getting out and about in a hamster ball. If you can set up a secure enclosure, they will love exploring its every nook and cranny. Leave some treats hidden in the enclosure or stuffed into wicker balls, and the hamster will have a great time tracking them down and rooting them out. They also love playing on ladders or in runs.

Hand-taming a hamster is the beginning and end of the necessary training. There’s no pressure to teach obedience tricks or toilet training, making them a very low-maintenance pet.

7. Hamsters don’t take up much space

These are small mammals, making them suitable even for small flats.

Unlike most rodents, hamsters choose one spot in their cage for the toilet, making them very easy to clean out. They are also scrupulously clean themselves, forever fussing with their fur. This means their human friends don’t have to do any of the pet washing. 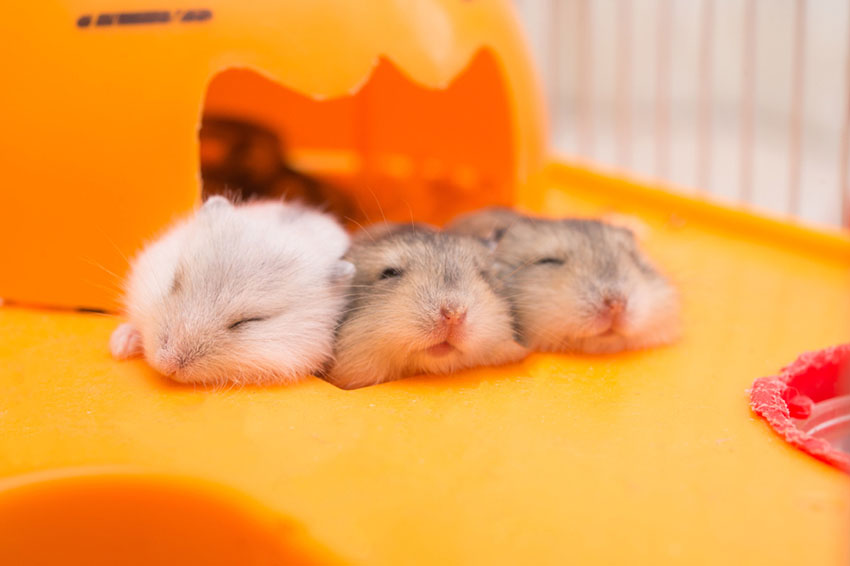 Nothing seems to ruffle a hamster. No woofing, no running away in a panic. They scuttle around contentedly and are the most relaxing things to watch this side of a peaceful fish tank!

Many people with allergies say that hamsters cause them no problems. This is linked to the fact that they don’t send tiny bits of fur drifting through the air or sticking to carpets. A hamster is nothing to be sneezed at!

On 12 April, hamster owners the world over celebrate their furry friends. They are one of the most popular pets in the world, and yet they have only been kept as pets for the last 90 years or so.

The story of pet hamsters begins on 12 April 1930, when Israel Aharoni, a zoologist and professor at the Hebrew University of Jerusalem, captured a female Golden (or Syrian) hamster and her litter in Aleppo, Syria. Little did he know that this female would be the source of ALL pet Golden hamsters!

The hamsters were kept as laboratory animals, but escapees became the source of most of the wild Syrian hamsters in Israel today. Descendants of Aharoni’s captive hamsters were shipped to Britain in 1931, and the Zoological Society of London acquired a pair in 1932.

This pioneering pair were the Adam and Eve of British hamsters – in 1937, descendants of these pioneering rodents were given to private breeders, and these were the source of all the Golden hamsters in the British pet trade. If you own one, it’s 99,9% certain that its ancestry goes back to those London Zoo hamsters.

Mitochondrial DNA studies have confirmed that all domestic golden hamsters in the UK and the USA are descended from a single animal – the one captured in 1930 by Israel Aharoni.

That international brotherhood and sisterhood of hamsters is certainly something worth celebrating! 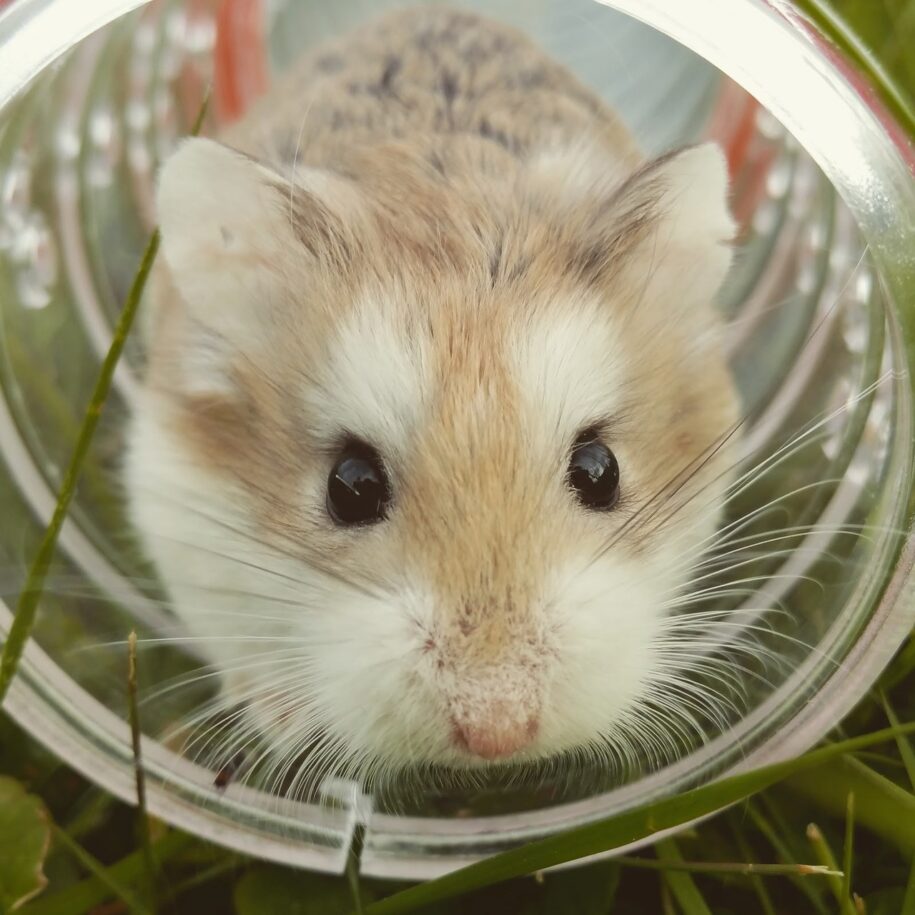 Photo by Silje Roseneng on Unsplash