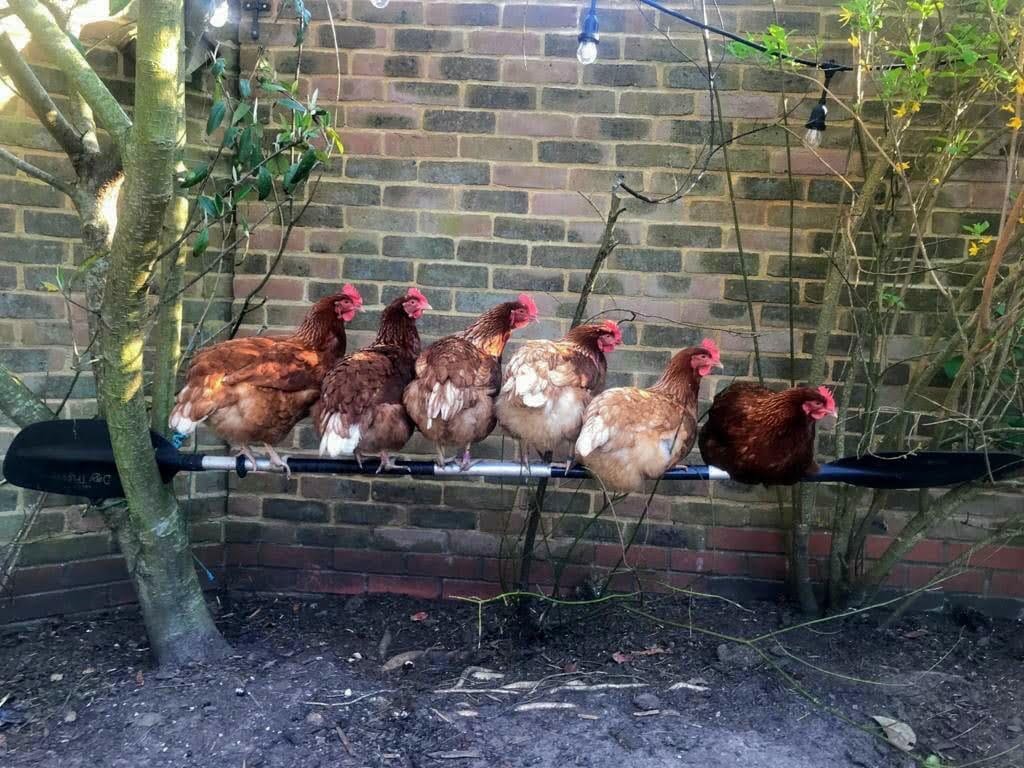 Henni Hen is a teaching assistant by trade. A cute and cuddly chicken who loves children. She follows in the footsteps of her bubbly humans, Hamish and Verity. 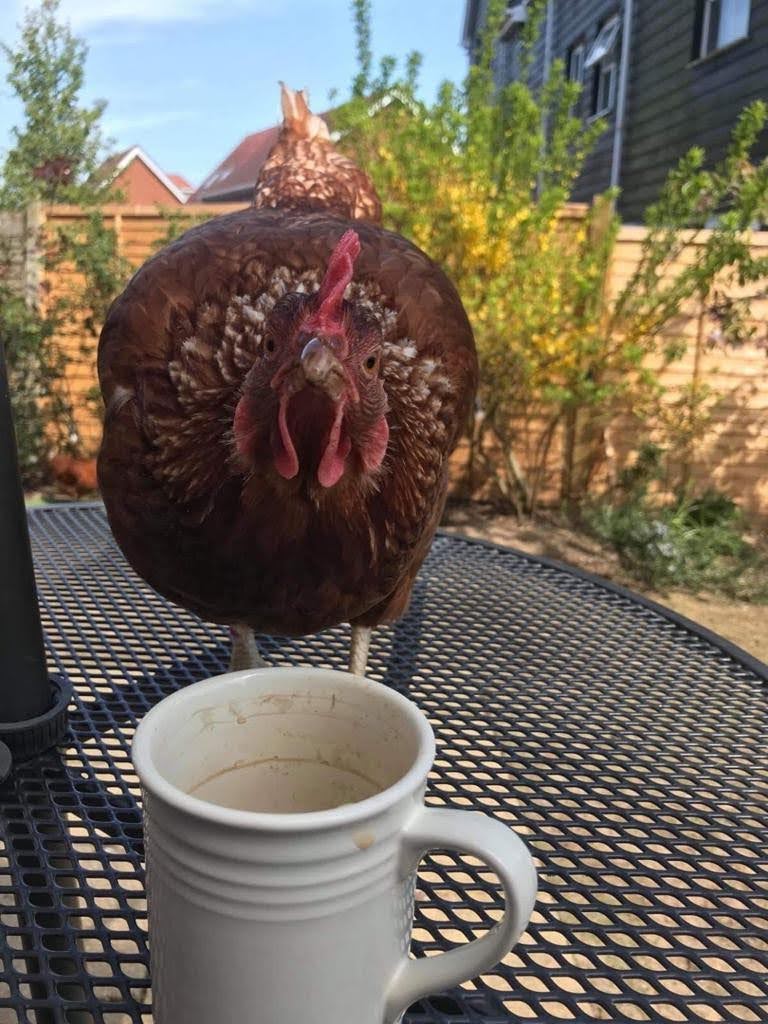 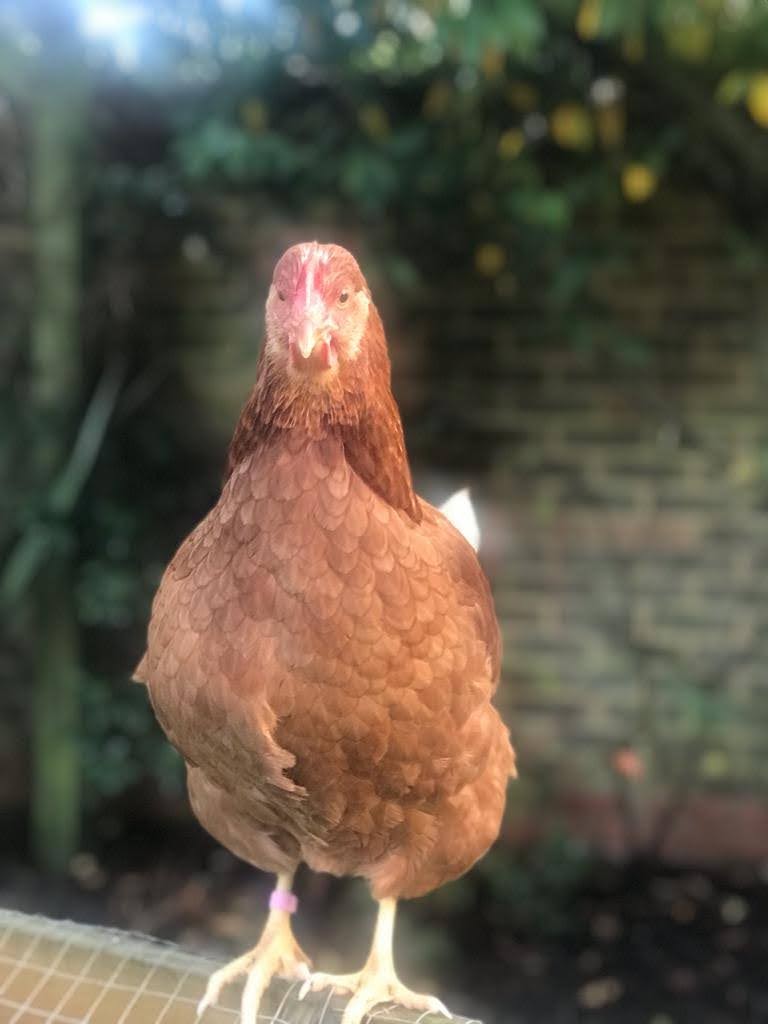 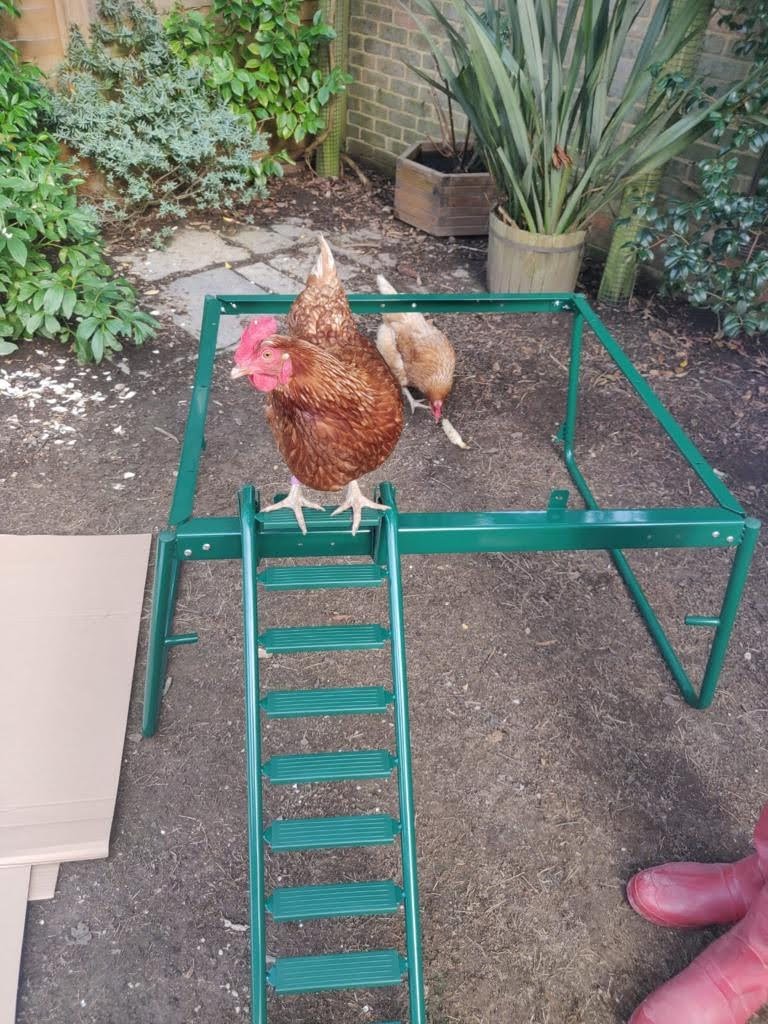 Verity hatches chicks in an incubator every year at the primary school in Kent, where she works as a reception teacher. It’s a highlight for the children in spring, with lots of learning opportunities and fluffy little chicks make Easter even more special. 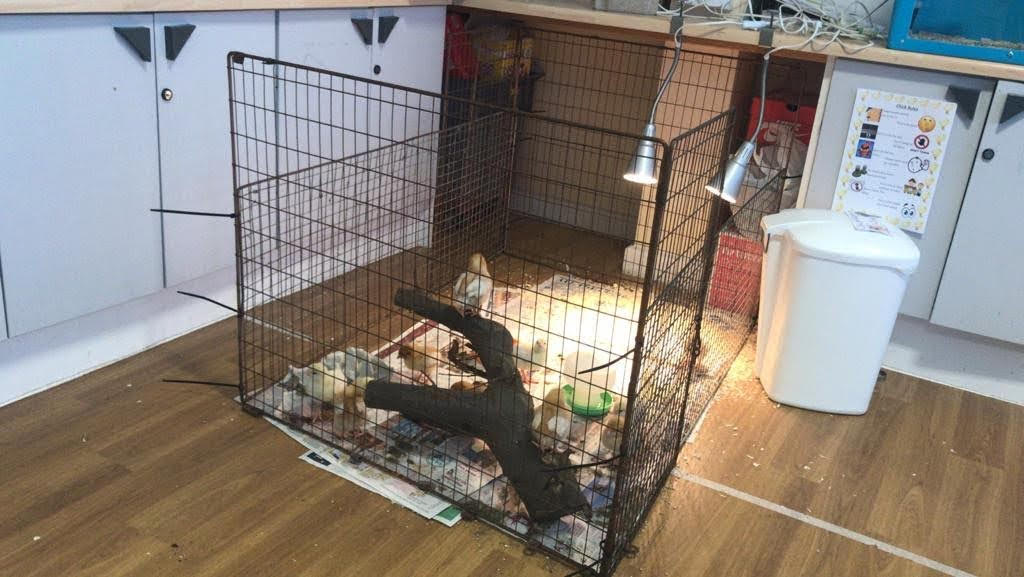 It was natural for Henni to become a teaching assistant at an early age. She was, after all, born in a school. Henni helped the children with topic work and became the subject of many good literacy and science lessons.

But Henni’s talent lies in her ability to help children read. Henni can’t read herself, but children who wouldn’t usually read to an adult began taking Henni to beanbag in a quiet corner where they could get cosy. Henni cuddles up and listens patiently to her young reader, giving the odd encouraging cluck.

When Henni and her sisters became too big for the classroom’s hutch, Verity and Hamish moved into a house with a garden. Instead of rehoming the chicks with local farmers (like they usually did), they decided to take Henni and her sisters home. They’d been talking about getting a dog, but both working full-time, the chickens seemed like a good option.

Most of the time, Henni is outside, like an ordinary chicken, scratching in the garden or getting up as high as she can. But Verity and Hamish potty trained her because she loves coming into the house for a cuddle, and of course,  she needs to work. 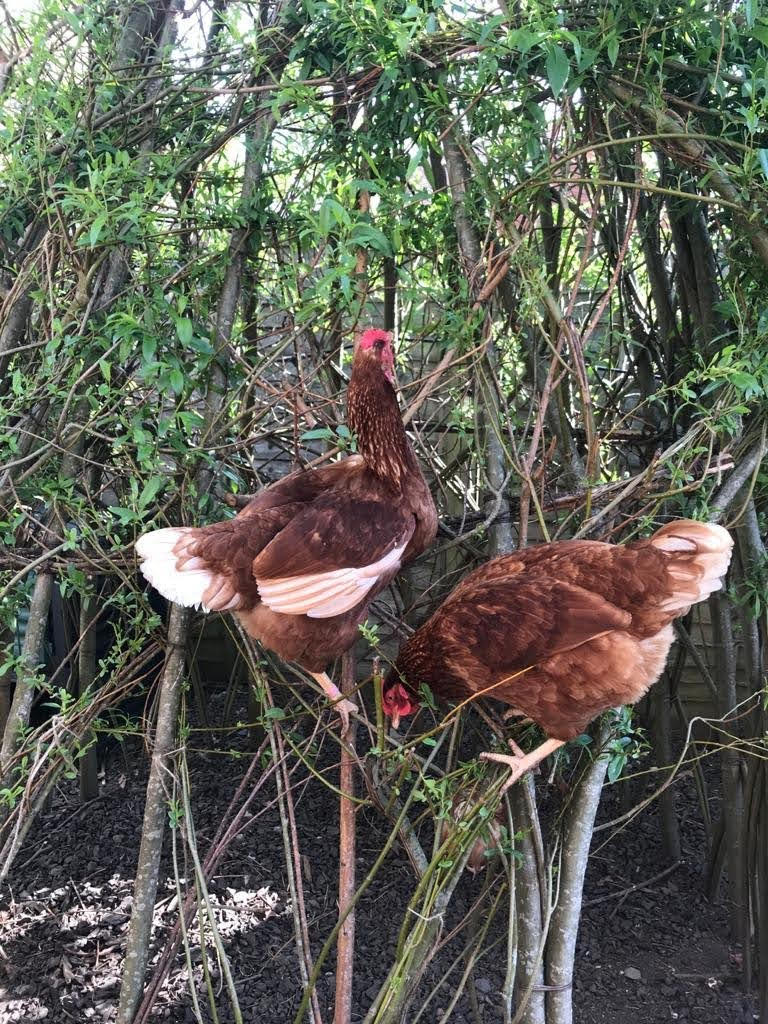 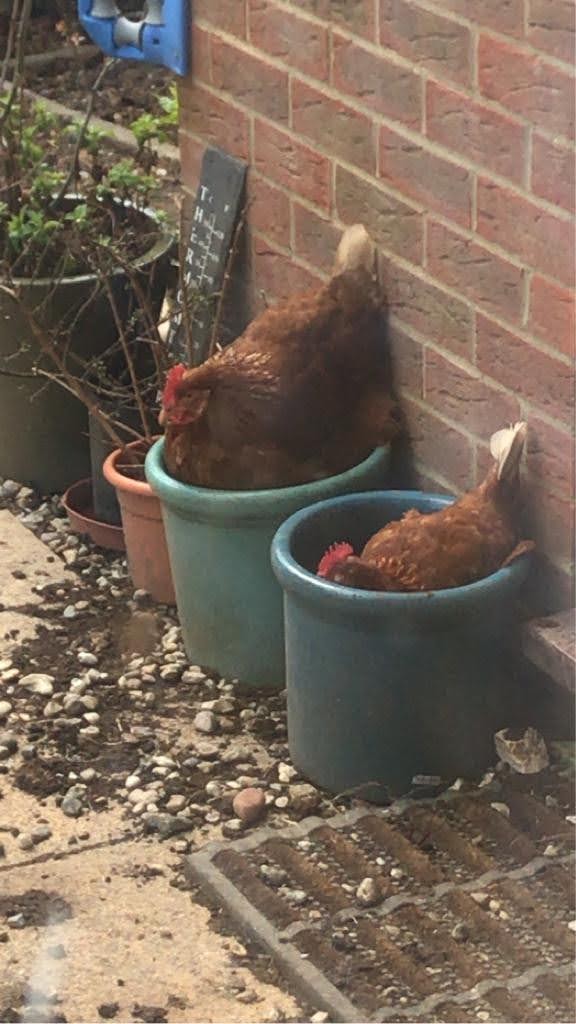 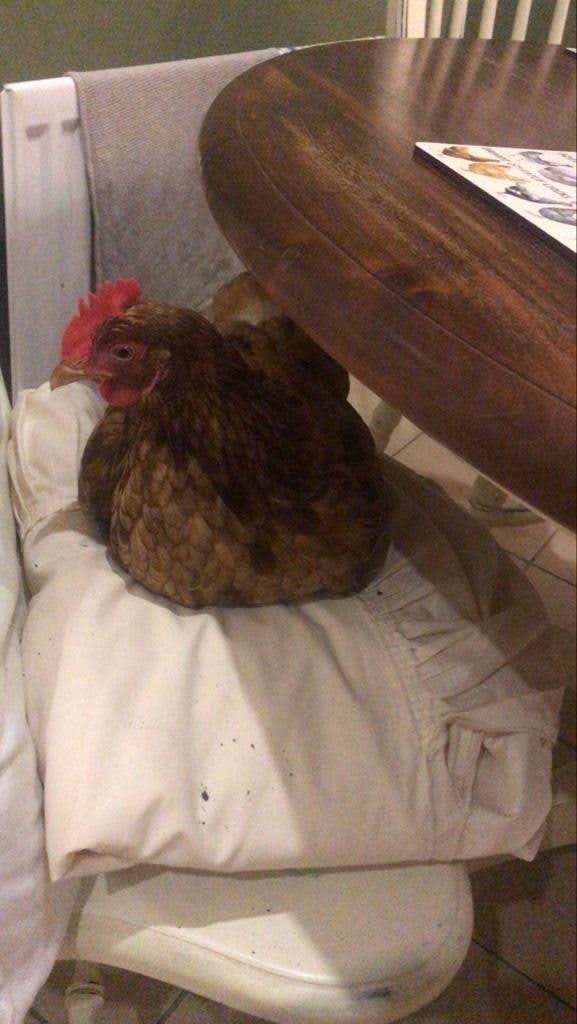 During the lockdown, the children missed holding Henni. So, Henni sprang into action and delivered both live and recorded lessons from the study that she shares with Verity. Verity read children stories, and Henni sat on her shoulder, making sure the children were listening. The deputy head called Verity regularly to make sure Henni’s doing ok.

Being a caring soul, Henni also gave to the community over lockdown. Together, Henni and her sisters lay six eggs a day, so Henni and Verity decided to do a doorstep delivery service for their neighbours. At 10 am, Henni would lay an egg and make a lot of noise about it, so all the neighbours knew when their eggs are ready. Then, Henni would hop onto Verity’s shoulder, and together they delivered eggs to all the houses on their close.

When she returned home, she’d often hop onto her favourite perch (the top of the garage), and the children from the neighbourhood would come over to Verity and Hamish’s to see “the one on the roof!”

Henni and her sisters Megg, Gertie, Margot, Ginger, Rona and Nora used to live in a wooden coop in the garden and come into the garage in winter when it was cold, but Verity and Hamish wanted the best for them. So last year, they got a new home, an Omlet Eglu Cube, and now they’re cosy outside all year round. 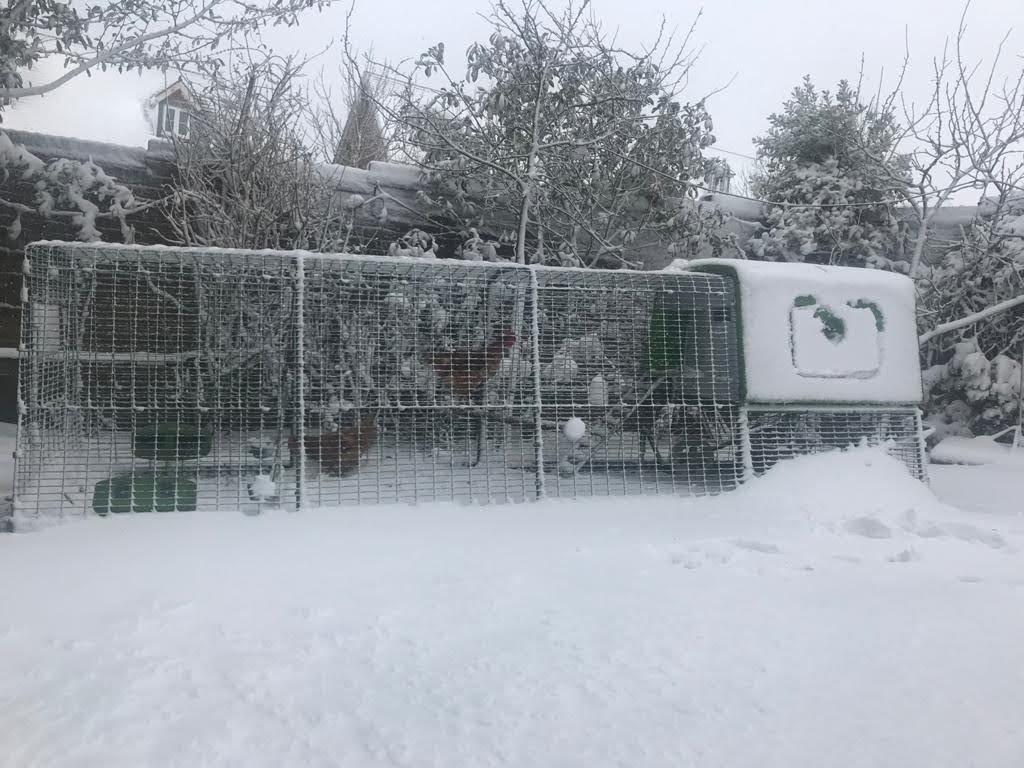 But Henni still likes to come inside for a cuddle and can often be found sitting on the sofa between Verity and Hamish for a family film night after a hard week at work. 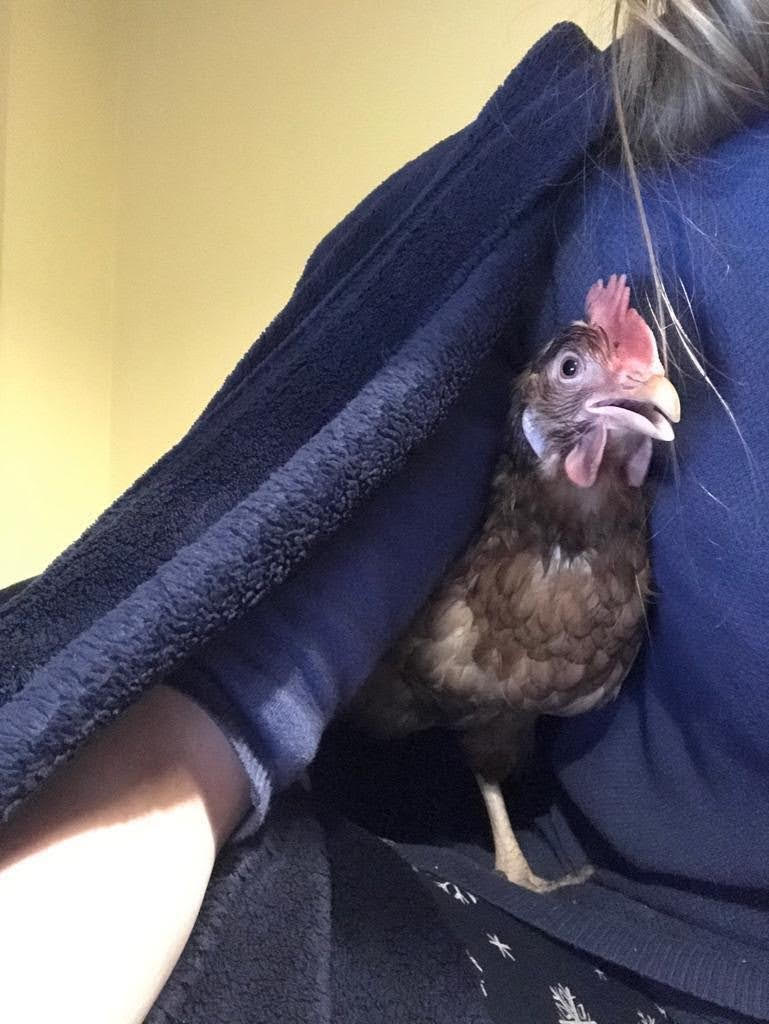 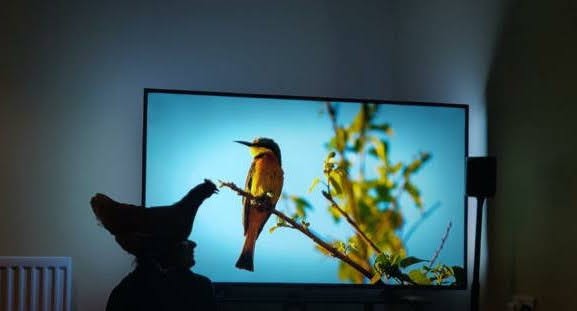 She’s just an ordinary brown chicken, and she’s low in the pecking order, but she’s got high hopes for the world. She’s very special to the children she teaches and the community she lives in, and of course, to her humans Verity and Hamish. She’s worthy of a gold star for an outstanding effort. 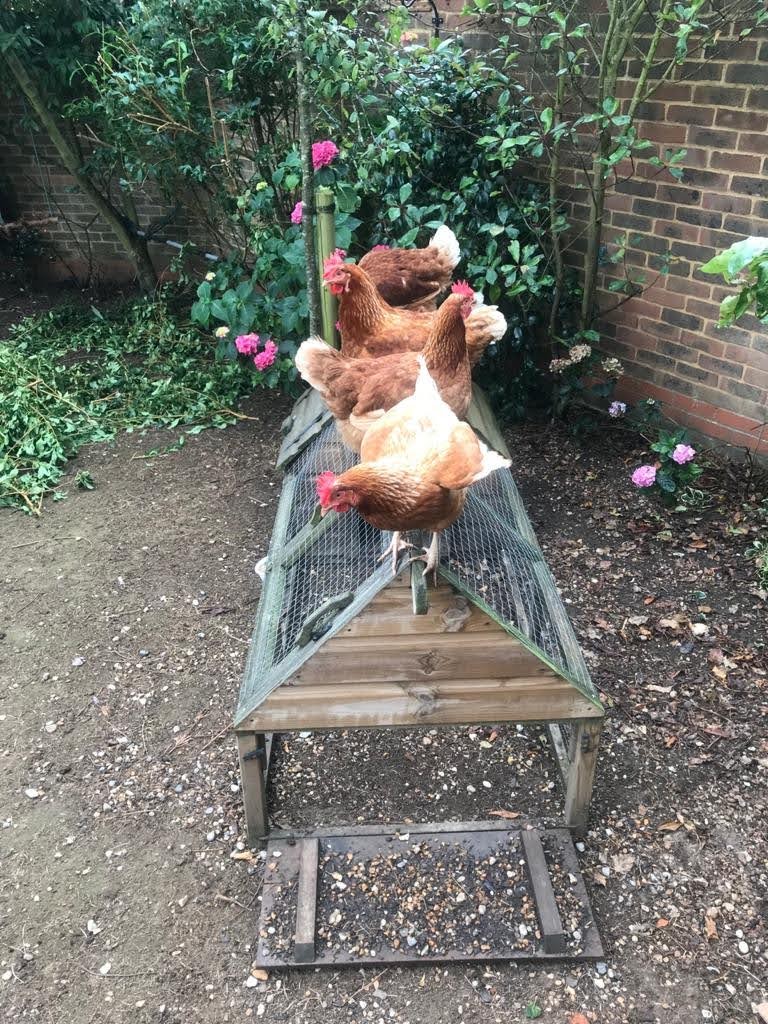 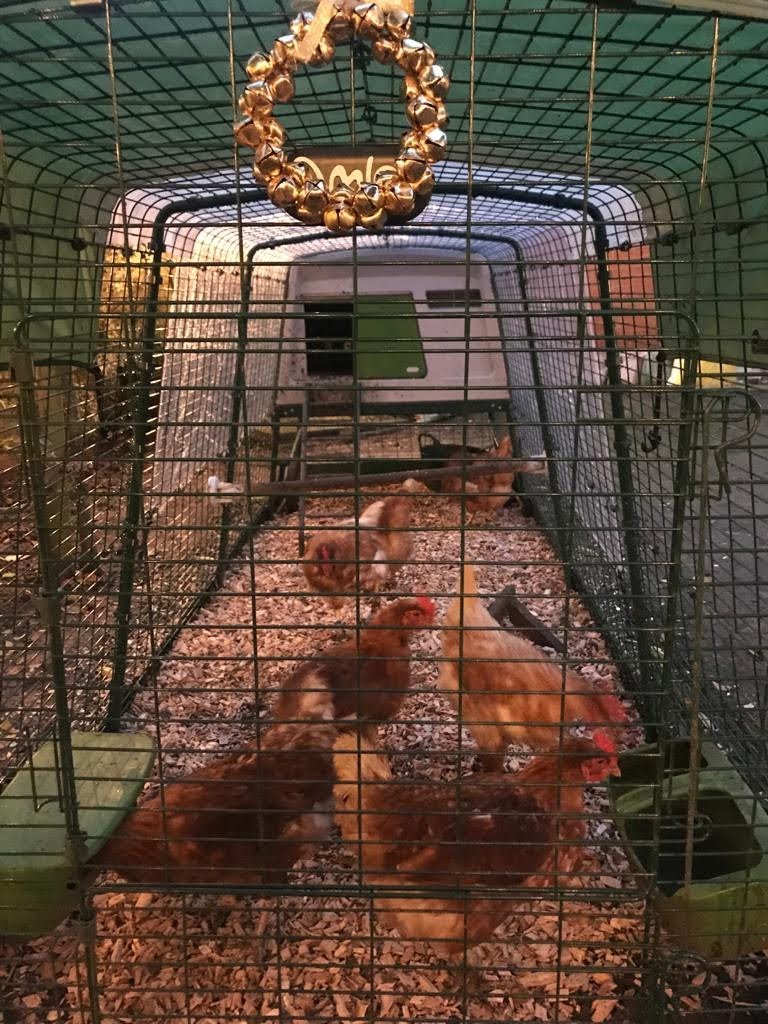 « Sunnier Days Ahead – Save 20% on Cooling Mats for a Limited Time Only!
Dog collar vs. harness – which is better for your dog? » 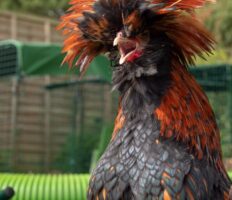 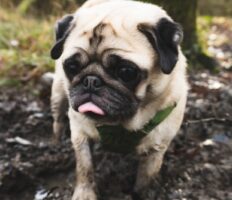