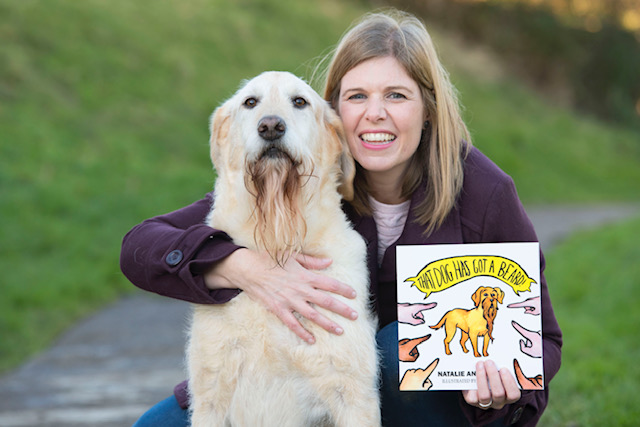 Buster was destined to chase balls on the beaches of Barry Island. He’s a lovable labradoodle with big brown eyes and a long beard. A thinker with a playful nature, he’s co-authored a children’s book with his human Natalie to bring Autism Awareness to all. 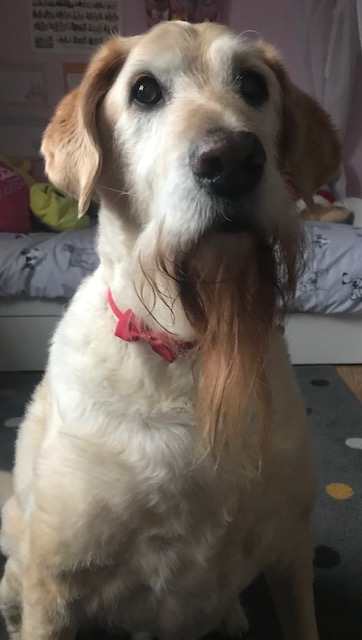 Ethan, Natalie’s son, was diagnosed with Autism and ADHD aged four. Natalie gave up her job as a teacher to become Ethan’s full-time carer. She always had dogs as a child and, naturally, wanted Ethan to experience the same positive companionship. They went to a local farm and had the pick of three puppies. One was fast and furious, one was quiet and sleepy, and one was in-between. They picked the inbetweener and called him Buster.

After a few weeks at home, it was clear that Ethan wasn’t taking to Buster. He just wasn’t interested in him. So he became Natalie’s companion instead, being a full-time carer isn’t easy and Buster’s a great source of comfort on difficult days. He motivates Natalie to keep going and gives her much-needed respite, with long walks on the beach.

A couple of years after Ethan’s diagnosis, baby Isobelle was born. Isobelle’s afraid of the dark, so Buster sleeps in her room and helps her feel safe. And in the daytime, Buster is Isobelle’s playmate. They love playing dress-up together, and at the end of the day, she’ll read him a story and brush his hair.

As Buster grew, the hair on his chin got longer and longer and longer! Until he developed a fully grown, 7-inch beard. It’s not a thing you see every day, a dog with a beard. People started staring. Natalie’s used to people staring, sadly many people don’t understand Autism, and when Ethan has meltdowns, Natalie and her family have experienced staring and unkind remarks, which have been devastating.

She realised that staring at Buster was something different. When walking on the beach, Natalie was approached by people asking, “Is it real? Have you stuck it on?!” It was curious and fun and got people talking in a good way. So what does a positive ex-primary school teacher do with that? She writes a children’s book, of course! Natalie wrote a story starring Buster called ‘That Dog Has Got a Beard’.

It’s a story about being special and unique. Natalie and Buster have toured schools and libraries all over Wales and even appeared on ITV Wales, opening conversations that celebrate differences and spreading Autism Awareness through the story of Buster’s Beard.

“A lot of children don’t see disabled children, and there’s a lot of negativity around it. You want people to be accepting, and a lovable labradoodle is an excellent way to open a conversation. He looks different. He’s got a beard. But that’s wonderful, you know? “ 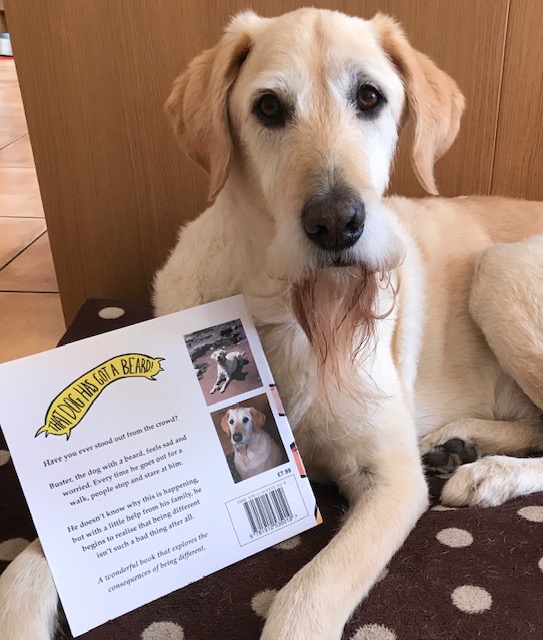 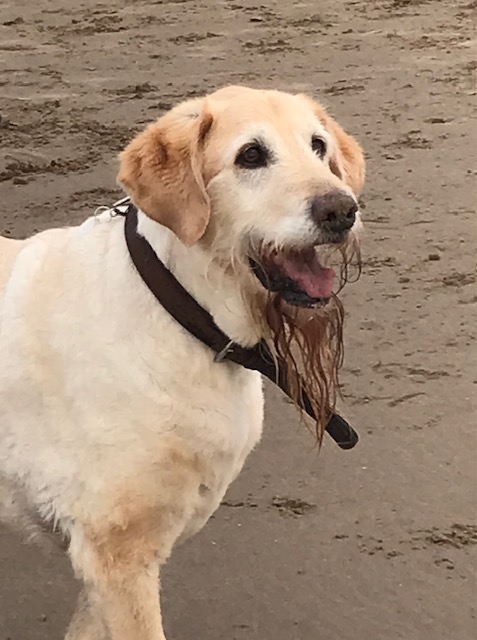 « How To Train Your Cat To Walk on a Lead
Can you feed pets a vegan diet?  » 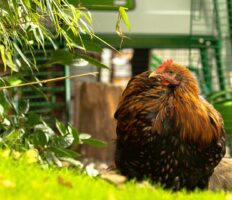